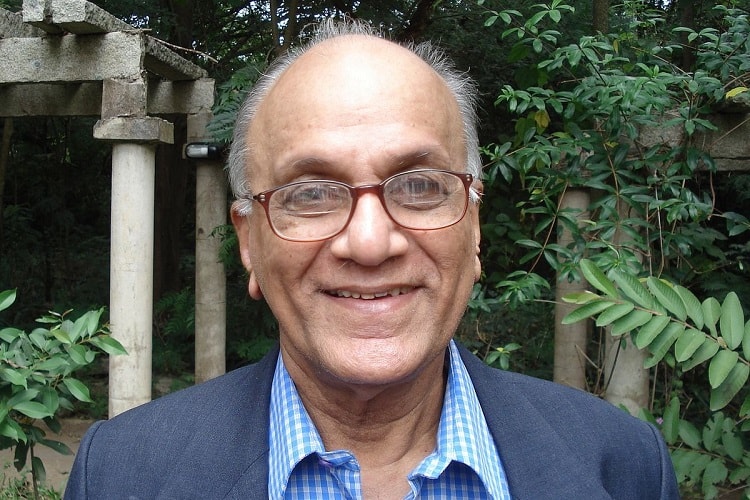 C.S.Seshadri, one of the leaders of Indian mathematics in the post-Independence era, passed away late on July 17 in Chennai. He was 88. A leader in the field of algebraic geometry, he made breakthroughs that lie at the base of many branches of this profound discipline.

Mathematician C S Seshadri was recognised around the world with awards ranging from the Padma Bhushan and the Shanti Swarup Bhatnagar Award in India to fellowships with Royal Society fellowship and American Mathematical Society abroad. From the huge body of his contributions to mathematical research and teaching, two stand out. He founded the Chennai Mathematical Institute, which attracts talent from around the world with its courses on mathematics, computer science and theoretical physics.

The other standout is his breakthrough research in algebraic geometry; there is a theorem and a type of constant named after him. Applications of algebraic geometry arise in statistics, control theory, robotics, coding theory, integer programming and theoretical physics. The Narasimhan-Seshadri theorem, developed in 1965 with his friend M S Narasimhan, plays a central role in conformal field theory and string theory.

Born in 1932 in Kanchipuram and educated in Chengalpet (Tamil Nadu), Chennai and Mumbai (he got his PhD from Bombay University), Seshadri made his major contributions after he went to Paris in 1957. He then began his career at the Tata Institute of Fundamental Research as one of the first batch of graduate students. He moved to Chennai in 1984, to the Institute of Mathematical Sciences. In 1989, he got an opportunity to start the School of Mathematics as part of the SPIC Science Foundation, which has evolved into the Chennai Mathematical Institute (CMI).