Indian Astronomers Discover One of the Farthest Star Galaxies 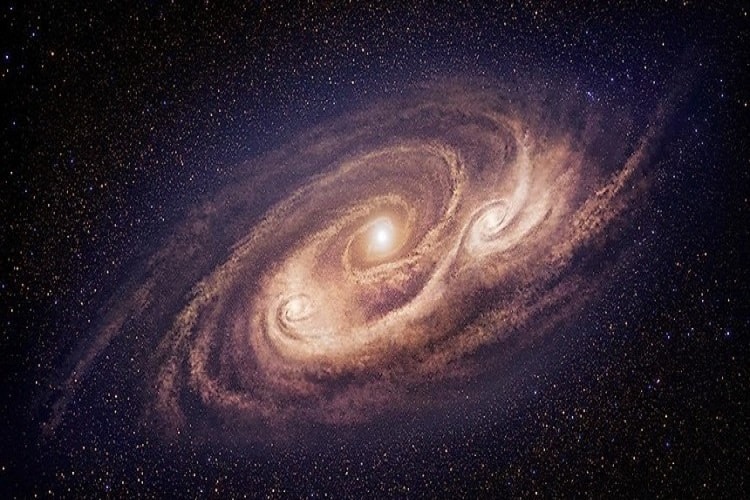 As a landmark achievement in space missions, Indian astronomers have discovered one of the farthest star galaxies in the universe. India’s first Multi-Wavelength Space Observatory “AstroSat” has detected extreme-UV light from a galaxy located 9.3 billion light-years away from Earth. The galaxy called AUDFs01 was discovered by a team of astronomers led by Dr Kanak Saha from the Inter-University Centre for Astronomy and Astrophysics(IUCAA) Pune.

The importance and uniqueness of this original discovery can be made out from the fact that it has been reported in the leading international journal “Nature Astronomy” published from Britain. India’s AstroSat/ UVIT was able to achieve this unique feat because the background noise in the UVIT detector is much less than one on the Hubble Space Telescope of US based NASA. The excellent spatial resolution and high sensitivity is a tribute to the hard work of the UVIT core team of scientists for over a decade. This discovery is a very important clue to how the dark ages of the universe ended and there was light in the universe.

Astronomers classify galaxies into three major categories: elliptical, spiral and irregular. These galaxies span a wide range of sizes, from dwarf galaxies containing as few as 100 million stars to giant galaxies with more than a trillion stars. Aside from these three classic categories, astronomers have also identified many unusually shaped galaxies that seem to be in a transitory phase of galactic development. These include those in the process of colliding or interacting, and those with active nuclei ejecting jets of gas.

While the distances between galaxies seem large, so too are galaxies’ diameters. Compared to stars, galaxies are relatively close to one another. They interact and even collide. When galaxies collide, they pass through each other; their stars don’t crash into each other because of the immense distances between them. However, gravitational interactions between colliding galaxies could create new waves of star formation, supernovas and even black holes. Collisions do distort a galaxy’s shape and computer models show that collisions between spiral galaxies can eventually make ellipticals.

Four billion years from now, our own Milky Way galaxy is destined for a collision with the neighboring spiral Andromeda galaxy. The Sun will likely be flung into a new region of our galaxy, but our Earth and solar system are in no danger of being destroyed. Andromeda, also known as M31, is now 2.5 million light-years away, but it is inexorably falling toward the Milky Way under the mutual pull of gravity between the two galaxies and the invisible dark matter that surrounds them both.