In news– Recently, the Union Minister for Road Transport and Highways announced that the Government is constructing the world’s longest highway, the Delhi-Mumbai Express highway.

About the  world’s longest highway- 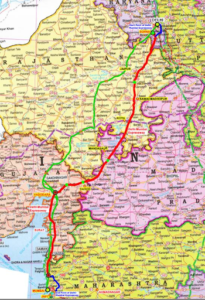