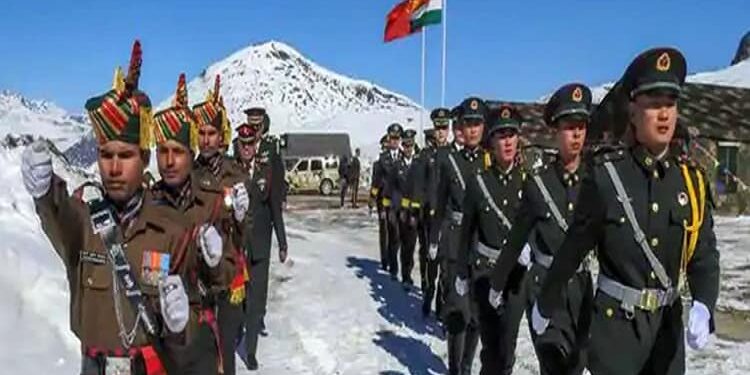 India and China held the fifth round of Corps Commanders Level talks at Moldo on the Chinese side to take forward the stalled process of disengagement on the Line of Actual Control (LAC). It has hit a roadblock at Pangong Tso, with the Chinese standing firm on their positions even though both sides agree in principle on the need for disengagement.

As with earlier rounds, the talks were led by Leh based 14 Corps commander and South Xinjiang military commander. The Corps Commanders of the two sides have held four rounds of talks so far to de-escalate from the buildup in Galwan Valley, Gogra Hot Springs and the Finger area along the Pangong Tso (lake) in Ladakh sector along the LAC. However, there has been no update on the situation at the strategically important Depsang plains.

India has demanded that the status quo be restored along the unsettled boundary line. China had massed troops since April-­May along the LAC and occupied positions in India’s perception of the LAC in Eastern Ladakh. The first phase of disengagement undertaken in early July remains incomplete with disengagement completed only at Galwan Valley and Patrolling Point (PP) 15 in the Gogra Hot Springs area. Only limited disengagement has been undertaken at PP 17A in Gogra Hot Springs and it has barely begun at Pangong Tso.

Chinese troops have only moved back from the base of Finger 4, the mountain spur, to Finger 5 but remain to occupy the ridge lines of Finger 4 while India’s claim extends till Finger 8, while it has always held till Finger 4. Sources said the Chinese have been firm in their assertion that they are on their own territory, and have cited a road constructed by them during the 1999 Kargil Battle to stake claim. The road extends till Finger 4, one of the eight “finger-like” protrusions of the lake’s northern bank that have been used by the two sides to outline their positions.

With ongoing tensions, the ceremonial Border Personnel Meeting (BPM), usually held at Chushul to mark the People’s Liberation Army (PLA) Day on August 1, did not take place. The BPM was toned down and happened only in Eastern Command. There is a deepening sense that the military talks have achieved what they could have and that only talks at diplomatic levels can move things ahead.