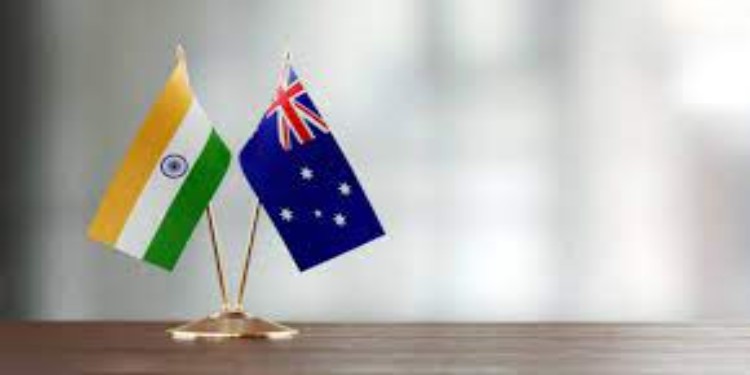 India Australia FTA has the right ingredients for success and add to this mix-the geopolitical realities this FTA must succeed. Trade is moving to countries with like-minded values and neither India nor Australia can stay out of these groupings. This is truly an opportunity for India to enter the mainstream of global and take advantage of the ‘China+1 supply chain opportunity,

In news: India and Australia have signed a historic interim Economic Cooperation And Trade Agreement (INDAUS ECTA), which will give a fillip to India’s exports in the textiles, leather, gems, and jewellery sector.

For India, the ECTA with Australia is the first agreement with a large developed economy of the world after more than a decade. Australia is also the third OECD country after Japan and South Korea with which India has signed a Free Trade Agreement (FTA).

What is the India-Australia ECTA?

What are the challenges?

The agreement is a win-win situation for all parties, as it serves the interests of people and businesses on both sides. Shared values, shared interests, shared geography and shared objectives are the bedrock of deepening India-Australia ties and the cooperation and coordination between the two countries have picked up momentum in recent years.

Both India and Australia share a vision of a free, open, inclusive and rules-based Indo-Pacific region and cooperative use of the seas by adherence to international law including the United Nations Convention on the Law of the Sea (UNCLOS) and peaceful resolution of disputes rather than through unilateral or coercive actions. The India-Australia ECTA will further cement the already deep, close and strategic relations between the two countries and will significantly enhance bilateral trade in goods and services, create new employment opportunities, raise living standards, and improve the general welfare of the peoples of the two countries.

Approach to the question