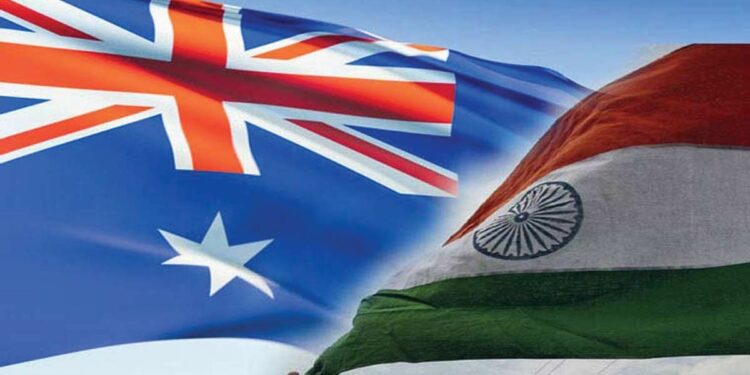 External Affairs Minister S Jaishankar and Defence Minister Rajnath Singh held in-person talks on Saturday with their Australian counterparts Marise Payne and Peter Dutton in a ‘2+2 Dialogue’. In this context, relations between India and Australia become important for the UPSC exam.

In news: India, Australia to hold 2+2 meet
Placing it in syllabus: Foreign Affairs

Decisions of the meet:

India now has “2+2″ dialogues with all its Quad partners — the US, Japan and Australia. A similar dialogue is expected to be launched with Russia as well.

China has been increasingly challenging the traditional areas of influence of both India and Australia, i.e., the Indian subcontinent (String of Pearls) and South Pacific Islands. China’s growing deployments in the Indian Ocean has thrown a challenge to India in its immediate neighbourhood.

On the Australian continent, China is trying to win over the Pacific countries (small islands such as Vanuatu, Tonga and the Solomon Islands have become beneficiaries of China’s seemingly generous economic outreach) through chequebook diplomacy.

The two countries are currently discussing a Comprehensive Economic Cooperation Agreement (CECA) which will provide greater market access to exporters of goods and services and address the border restrictions to trade.

India is also seeking to address its adverse balance of trade in Goods and Services through specialized market access for its products.

Mould your thought: The Indian Ocean is the major reason for the upswing in defence and military cooperation between India and Australia. Critically Evaluate.