Impact of COVID on Indian economy and China plus one strategy

The Indian economy is facing an unprecedented crisis, both of the pandemic and deteriorating economic strategic shifts because of land-border territorial disputes. Balancing the pandemic and also overcoming the challenge of making in India and take benefit of China plus one strategy is the need of the hour.

Placing it in syllabus: COVID and Indian economy

Why Slowdown before the Pandemic?

Consumption demand is the biggest driver of economic growth in India: 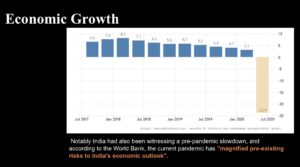 Fall in nominal growth was bigger: 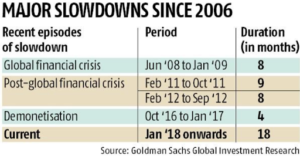 Prime Minister announced a 20 lakh crore stimulus package to jump-start the economy. The measures not only included relief measures for the troubled sectors but also outlined a new vision for emerging India.

China Plus One strategy: