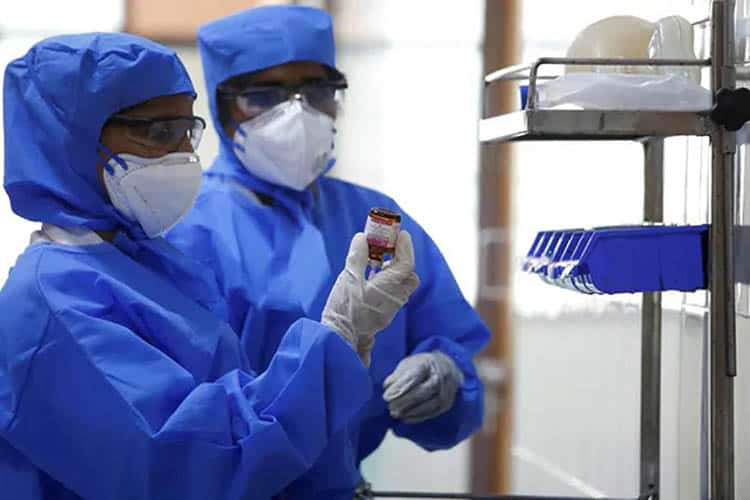 The ICMR has promised to launch a Coronavirus vaccine, which is still to undergo clinical trials. The director general has said that in view of the public health emergency and the urgency to launch the vaccine, all the stakeholders are being strictly advised to fast track all approvals related to the initiation of the clinical trial.

The vaccine named Covaxin has been developed by the company Bharat Biotech India (BBIL) in collaboration with ICMR’s National Institute of Virology (NIV). It is an inactivated vaccine-one made by using particles of the Covid-19 virus that were killed, making them unable to infect or replicate. Injecting particular doses of these particles serves to build immunity by helping the body create antibodies against the dead virus.

A vaccine usually goes through three phases of human trials. The Central Drugs Standard Control Organisation has given approvals for phase I and II trials so far. According to experts, while vaccine trials can be fast-tracked, it still takes over a year to launch the product.

According to details from Clinical Trials Registry of India, BBIL in its application estimated phase I and II trials to take a year and three months, including at least a month for phase I alone. It is then followed by phase-III trials which is when volunteers are actually given the vaccine shots and their immune response to the disease is tracked. The clinical trials have to be followed by data analysis and verification, which usually needs to be published in a peer-reviewed journal before the vaccine is cleared for public use.

Other Types of Vaccines for COVID-19

Over 100 vaccines are being tested globally, including inactivated and various other types.

It is a non-replicating viral vector vaccine. The SARS-CoV-2 virus uses the spike on its surface, the spike protein, to enter and infect cells and multiply. A non-replicating viral vector vaccine uses a weakened version of a different virus to carry this COVID-19 spike protein into the body, but it is modified not to replicate. This allows the body to recognise the spike protein as a threat and build immunity so that it can attack the real virus if it tries to infect the body.

It is a RNA vaccine. These use messenger RNA (mRNA) molecules that tell cells what protein to build. In this case, the mRNA is coded to tell cells to build the molecular structure on the surface of SARS-Cov-2-which the immune system will recognise and build antibodies against.

It is a DNA vaccine. These vaccines use genetically engineered DNA molecules that are coded with the antigen against which the immune response is to be built.