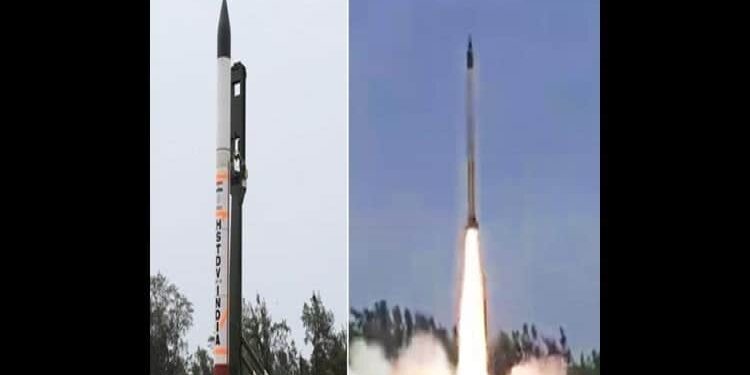 The Defence Research and Development Organisation (DRDO) successfully flight tested a Hypersonic Technology Demonstrator Vehicle (HSTDV), which is an unmanned scramjet vehicle with the ability to travel at six times the speed of sound. The test was conducted from Dr A P J Abdul Kalam Launch Complex at Wheeler Island, off the coast of Odisha. The HSTDV tests the indigenously developed hypersonic air-breathing scramjet technology.

The scramjets are a variant of air breathing jet engines and have the ability to handle airflows of speeds much higher than the speed of sound. Hypersonic speeds are five times (or more) higher than the speed of sound. DRDO, with this mission, has demonstrated capabilities for highly complex technology that will serve as the building blocks for NextGen Hypersonic vehicles in partnership with the industry.

The HSDTV has a range of uses, including missiles of the future for air defence, surveillance and reconnaissance besides in the development of energy-efficient, low cost and reusable satellite-launch vehicles. Apart from being used as a vehicle for hypersonic and long-range cruise missiles, the HSTDV is a dual-use technology that will have multiple civilian applications, including the launch of small satellites at low cost. The HSTDV cruise vehicle is mounted on a solid rocket motor, which will take it to a required altitude, and once it attains certain mach numbers for speed, the cruise vehicle will be ejected out of the launch vehicle. Subsequently, the scramjet engine will be ignited automatically.

The hypersonic cruise vehicle was launched using a previously tested solid rocket motor, which propelled it to an altitude of 30 kilometres where the aerodynamic heat shields separated at hypersonic Mach number or speeds. The cruise vehicle separated from the launch vehicle and the air intake (channel) opened as planned. The hypersonic combustion (was) sustained and the cruise vehicle continued on its desired flight path at a velocity of six times the speed of sound i.e. nearly 2 km/s for more than 20s. The critical events like fuel injection and auto ignition of scramjet demonstrated technological maturity. The scramjet engine performed in a text book manner. The parameters of launch and cruise vehicle, including the scramjet engine, were monitored by multiple tracking radars, electro-optical systems and telemetry stations.

The scramjet engine worked at high dynamic pressure and at very high temperature. A ship was also deployed in the Bay of Bengal to monitor the performance during the cruise phase of hypersonic vehicles. All the performance parameters have indicated a resounding success of the mission. What gives a hypersonic missile its potency is the speed at which it travels. This test today puts India in an elite club of nations which includes US, Russia and China.

A hypersonic missile is a “quick reaction missile” which makes it invaluable in offensive as well as defensive uses. In case of defence, it can be used to intercept incoming missiles in the outer atmosphere or in the inner atmosphere. It will help add to India’s ballistic missile defence capabilities. India has been developing a range of cruise missiles and ballistic missiles to meet its security challenges under the Integrated Guided Missile Development Programme. These include the Prithvi and Agni missiles as well as the anti-tank Nag and surface to air Akash. India in collaboration with Russia has developed the Brahmos cruise missile.