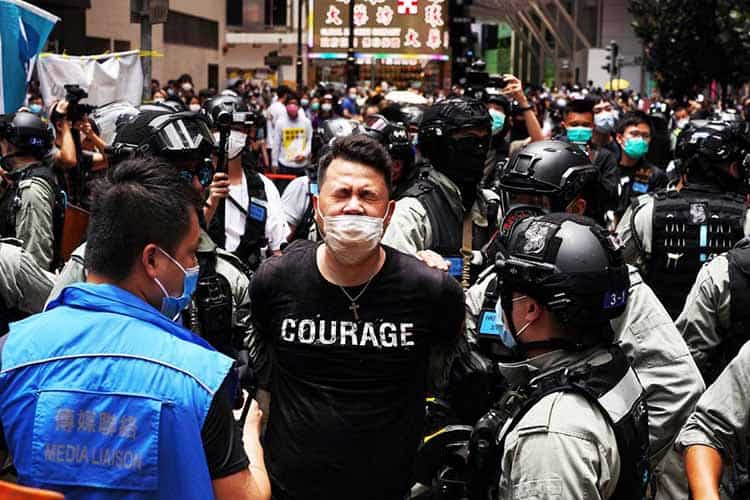 Beijing has passed a wide-reaching national security law for Hong Kong, which many fear could be used to override existing legal processes and further erode the city’s civil and political freedoms. The law would criminalize offenses such as secession, subversion against the central Chinese government, terrorism, and colluding with foreign forces.

Many worry it could be used to target political dissidents, activists, human rights lawyers and journalists amid the central government’s continuing crackdown on civil society under Chinese President Xi Jinping. The law underscores Beijing’s resolve to achieve a political sea change in Hong Kong, a former British colony with its own legal system and civil liberties unseen in mainland China.

According to the blueprint of the legislation, Beijing will establish a national security office, staffed by mainland security services to supervise local authorities in policing the law. A national security commission will also be set up, with a Beijing-appointed adviser and operating under the supervision of the central government. Mainland Chinese officials will be allowed to operate in Hong Kong for the first time and give Beijing the power to override local laws.

Additionally, Hong Kong’s top official, the Chief Executive, will pick which judges hear national security cases, while mainland Chinese authorities will be able to exercise jurisdiction over cases in special circumstances-a controversial clause that raises the prospect that certain crimes in Hong Kong could result in trials on the mainland. Beijing will also have power over how the law should be interpreted. If the law conflicts with any Hong Kong law, the Beijing law takes priority.