In News: Tibet’s first high-speed train service between provincial capital Lhasa and Nyingchi near the border with Arunachal Pradesh will be operational by the end of June, a top official from China railways said on Saturday. 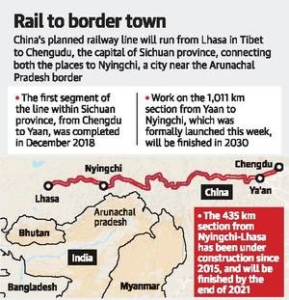