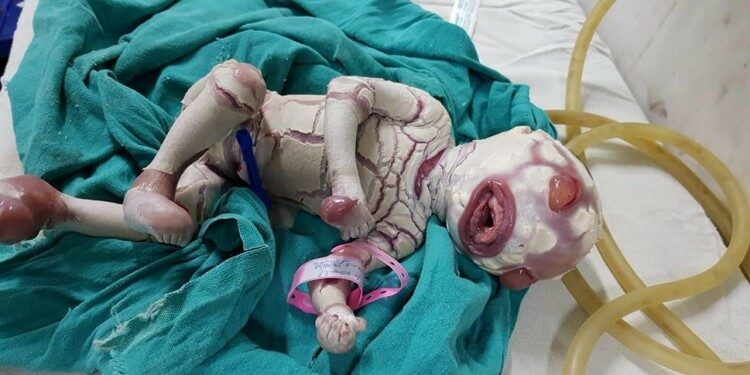 In News: Odisha reported its first-ever case of a baby born with harlequin ichthyosis, a rare genetic condition, at a hospital in Berhampur in the state’s Ganjam district April 22, 2021.