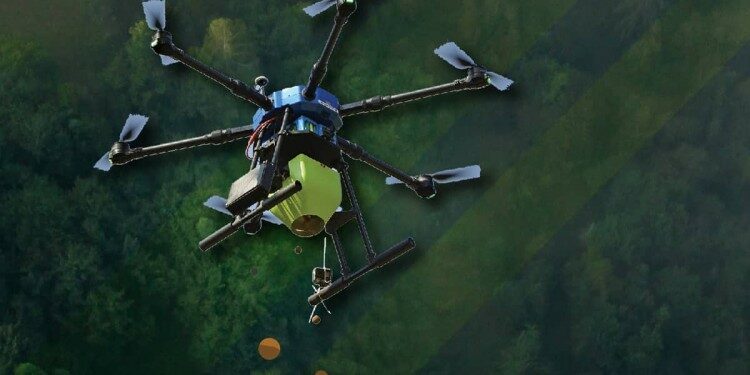 What is aerial seeding?

However, the species selected have to be native to the area and hardy, with seeds that are of an appropriate size for preparing seedballs, and have a higher survival percentage.