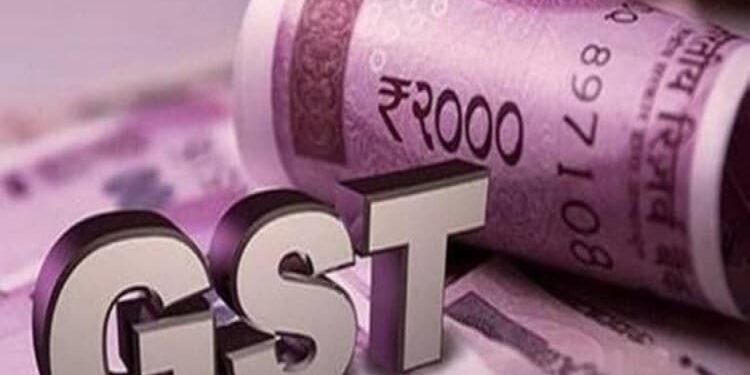 Goods and Services Tax (Compensation to States) Act, 2017 was enacted to levy compensation cess for providing compensation to the states for the loss of revenue arising on account of implementation of the goods and services tax with effect from the date from which the provisions of the Central Goods and Services Tax Act is brought into force (01/07/2017), for a period of five years or for such period as may be prescribed on the recommendations of the GST Council.

The Centre must pay this compensation on a bi-monthly basis, but over the past year these payments have been delayed by several months due to lack of funds. The COVID-19 pandemic and the consequent lockdown have amplified the issue manifold, with both centre and states facing a revenue shortfall, limiting the ability of the Centre to meet states’ compensation needs. With GST implementation in 2017, the principle of indirect taxation for many goods and services changed from origin-based to destination-based. This means that the ability to tax goods and services and raise revenue shifted from origin states (where the good or service is produced) to destination states (where it is consumed). This change posed a risk of revenue uncertainty for some states.

The Act guarantees all states an annual growth rate of 14% in their GST revenue during the period July 2017-June 2022. To provide these grants, the Centre levies a GST compensation cess on certain luxury and sin goods such as cigarettes and tobacco products, pan masala, caffeinated beverages, coal, and certain passenger vehicles. The Act requires the Centre to credit this cess revenue into a separate Compensation Fund and all compensation grants to states are required to be paid out of the money available in this fund.

In the 2020-21 budget, the Centre has estimated a 10% growth in nominal GDP.  However, due to the impact of COVID-19 and the lockdown, the actual growth in 2020-21 is likely to be much lower. In such a scenario, states’ GST revenue would also be much lower than expected, thus leading to a higher compensation requirement. However, the ability of the Centre to pay compensation depends on the cess collections, which are also getting impacted this year. For instance, cess collections during the period Apr-Jun 2020 have been 41% lower in comparison to the same period last year. Moreover, of the Rs 14,482 crore collections made during this period, Rs 8,680 crore has been likely used up for paying compensation for 2019-20. The GST compensation requirement is estimated to be around Rs 3 lakh crore this year, while the cess collection is expected to be around Rs 65,000 crore – an estimated compensation shortfall of Rs 2.35 lakh crore.

Various measures have been suggested to address the issue of shortfall in the fund, either by reducing the compensation payable to states (which would require Parliament to amend the Act following GST Council’s recommendation) or by supplementing the funds available with the Centre for providing compensation to states. The Act allows the GST Council to recommend other funding mechanisms/ amounts for credit into the Compensation Fund. For example, one of the measures proposed for meeting the shortfall involves Centre using market borrowings to pay compensation to states, with the idea that these borrowings will be repaid with the help of future cess collections.

The states have been guaranteed compensation only for a period of five years. After June 2022, states dependent on compensation will observe a revenue gap due to a cut in these grants coming from the Centre. States have roughly two years to bridge this gap with other tax and non-tax sources to avoid a potential loss of revenue, and a consequent fall in the size of their state budget, which could adversely affect the economy. To what extent will such concerns be alleviated remains to be seen based on the course of action decided by the GST Council.

Several states have opposed the two options to borrow that were proposed in the meeting as a way to bridge the revenue shortfall. The first was a special window to states, in consultation with the RBI, to borrow the projected GST shortfall of Rs 97,000 crore, and an amount that can be repaid after five years of GST, ending June 2022, from the compensation cess fund. A 0.5% relaxation in the borrowing limit under The Fiscal Responsibility and Budget Management (FRBM) Act would be provided. The second option was to borrow the entire projected shortfall of Rs 2.35 lakh crore – both on account of faltering GST collections and the expected shortfall due to the pandemic – facilitated by the RBI. No FRBM relaxation has been mentioned for this option so far.