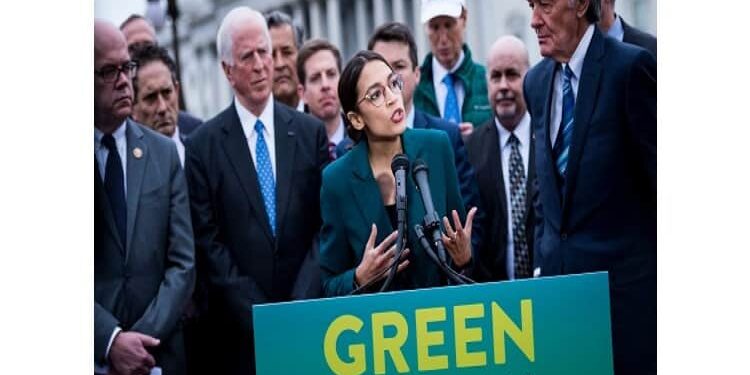 The Green New Deal is a congressional resolution that lays out a grand plan for tackling climate change. Introduced by Representative Alexandria Ocasio-Cortez of New York and Senator Edward J. Markey of Massachusetts, both Democrats, the proposal calls on the federal government to wean the United States from fossil fuels and curb planet-warming greenhouse gas emissions across the economy. It also aims to guarantee new high-paying jobs in clean energy industries.

.  sourcing 100% of the country’s electricity from renewables

. upgrading every building in the country to be more energy-efficient

. overhauling the nation’s transportation system by investing in electric vehicles and high-speed rail