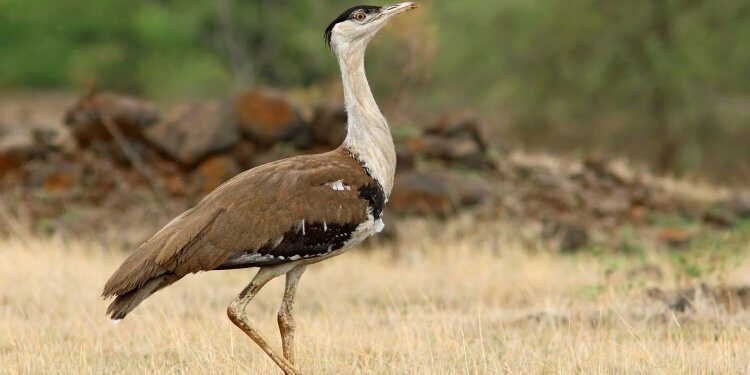 In news- The Central government recently informed the Rajya Sabha that there were no Great Indian Bustards (GIB) in Kutch Bustard Sanctuary (KBS) in Gujarat as on January 1, 2021.

The government has started a project, titled ‘Habitat Improvement and Conservation Breeding of Great Indian Bustard-An Integrated Approach’, for five years from the Compensatory Afforestation Fund Management and Planning Authority (CAMPA) for conservation and breeding of the GIB. In 2015, the Central government launched the GIB species recovery programme under which the Wildlife Institute of India (WII) and Rajasthan forest department have jointly set up conservation breeding centres where GIB eggs harvested from the wild are incubated artificially and hatchlings are raised in controlled environments.