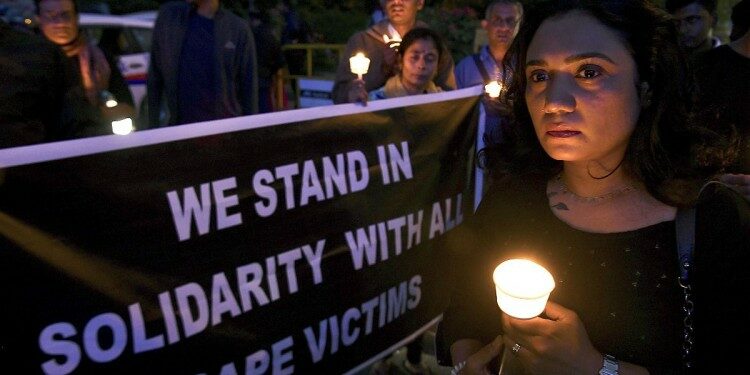 The Union government informed the Lok Sabha that an inter-ministerial consultation for the Andhra Pradesh Disha (Special Courts for Specified Offences against Women and Children) Bill, 2020, had been initiated and based on the inputs, the Bill would be processed further. As per practice, bills received from States for assent of President are processed in consultation with the nodal ministries/departments. This warrants a relook of the provisions related to reservation of bill by Governor for President’s assent.

Reducing the judgment period to 21 days:

Punishment for harassment of women through social media:

Establishment of exclusive special courts in every district of Andhra Pradesh

Reducing appeal to 3 months for disposal of rape cases

Article 200 provides that when a Bill passed by the State Legislature, is presented to the

Governor, the Governor shall declare—

The State Legislature shall then reconsider the Bill within 6 months of its receipt and, if it is again passed, it shall be presented again to the President for his consideration.

Importance of this power

An instrument of Cooperative Federalism:

Providing for reservation of State legislations for the consideration and assent of  the President are intended to subserve the broad purpose of cooperative federalism in the realm of Union-State legislative relations.

They are designed to make our system strong, viable, effective and responsive to the challenges of a changing social order. They are necessary means and tools for evolving cohesive, integrated policies on basic issues of national significance.

Bringing Uniformity and Harmony between Union and State Govt.

consideration of the President, lies in the fact that they help ensure uniformity and harmony in the exercise of the legislative power of the Union and State Legislatures with respect to the basic aspects of a matter in the Concurrent List.

Survey shows that approximately, 75 percent of the total number of Bills  reserved by the Governors for President’s consideration, relate to matters in the Concurrent List. They were purportedly reserved under Article 254 (2) or the advice of the Council of Ministers.

consideration of certain kinds of Bills. For reservation of  such Bills also Article 200 is a necessary channel.

These provisions also act as a safety-valve against hasty legislation, and by their operation enable the State Government and Legislature to have a second look at it.

It’s also possible where under popular pressure a State Legislature rushes through a Bill without fully considering its implications. Soon after it has been passed by  the Legislature, the Council of Ministers, on second thought, may themselves discover defects in the Bill  and decide that it should be further considered. In such a situation, Articles 200 and 201— afford them a

There have been cases where Governors have reserved Bills contrary to the advice of the Council of Ministers.

The provisions of Article 200 and 201 are being misused to serve the partisan interests of the Union Council of Ministers. Governor being the appointee of the Union Government, his discretionary powers are often misused to the advantage of the Union government.

Several States have expressly or impliedly complained of delays in the consideration of State Bills referred to the President.

Mould your thought: Comment on the powers of the Governor with respect to reservation of bill for President’s consideration. Highlight the issues surrounding the provisions and possible solutions.