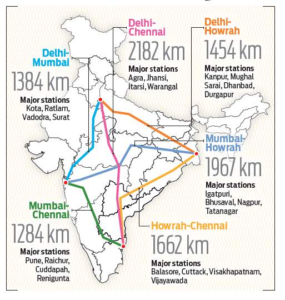 How did Indian Railways achieve it?

Which routes have been given approval for enhancing the speed?

The South Central Railway zone has received sanction to enhance the maximum speed limits to 130 kmph along the following routes:

Already, the maximum speed limits in the High-Density Network (HDN) between Secunderabad – Kazipet (132 Kms distance) had been enhanced to 130 kmph.

As such, including both the Up and Down lines in these sections, a total of 2,824 kms (1412Rkms)has now been made fit to run at a speed of 130 kmph. This covers the entire GQ-GD route over SCR, except Vijayawada – Duvvada section, where signaling up-gradation work is in progress.