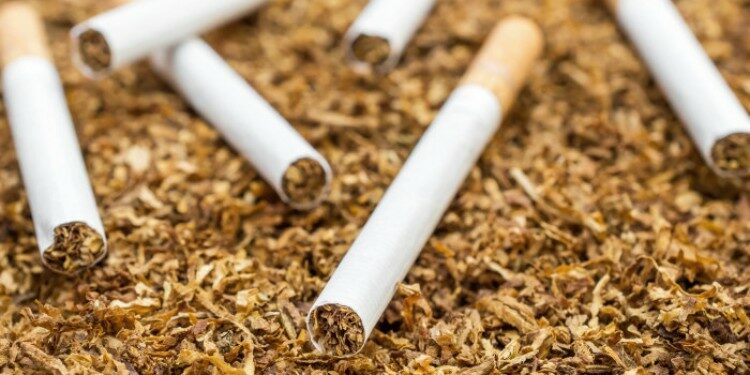 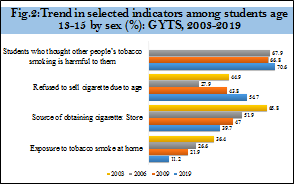 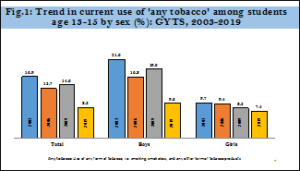 Age of initiation of tobacco:

The State-wise tobacco consumption pattern was also brought out in the survey. 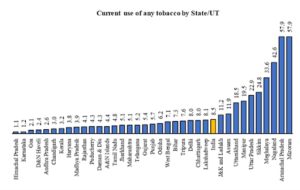 The International Institute for Population Sciences (IIPS), Mumbai, formerly known as the Demographic Training and Research Centre (DTRC) till 1970, was established in July 1956 under the joint sponsorship of Sir Dorabji Tata Trust, the Government of India and the United Nations. It was declared as a ‘Deemed University’ on August 14, 1985, under Section 3 of the UGC Act, 1956 by the Ministry of Human Resource Development, Government of India