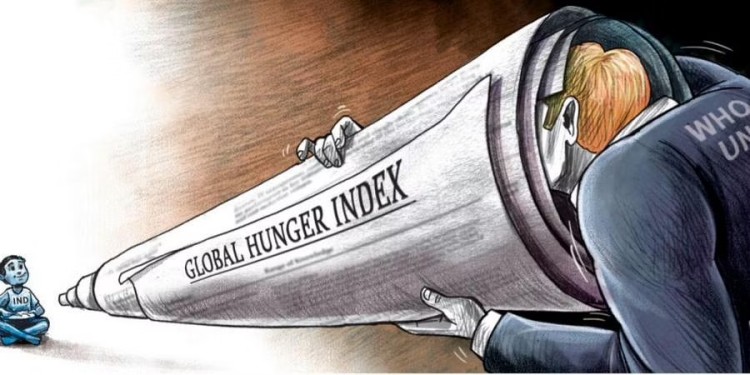 Global Hunger Index report ranked India 107th out of 121 countries that could be ranked and 136 countries that were assessed.India is a self-sufficient nation in food production for decades and having leaped forward economically over the past 20 years. It is painful to see that despite having surplus food, hunger still persists.The government has rejected the Global Hunger Index report, claiming it is an effort to ‘taint’ India and questioning its methodology. The findings of the report must be carefully analysed and the government must take all measures to ensure Zero hunger in the country.

Placing it in the Syllabus: Social Justice.

Why does GHI look at all these variables for hunger? 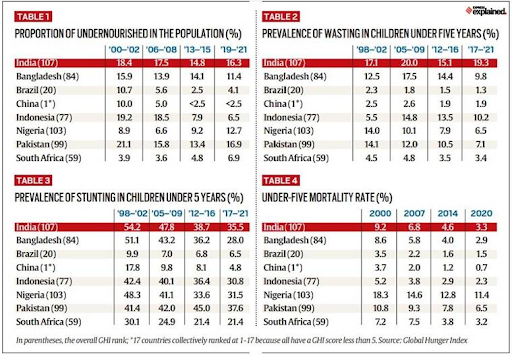 Why has the Indian government criticised GHI 2022?

The reasons behind India’s persistent problem of hunger