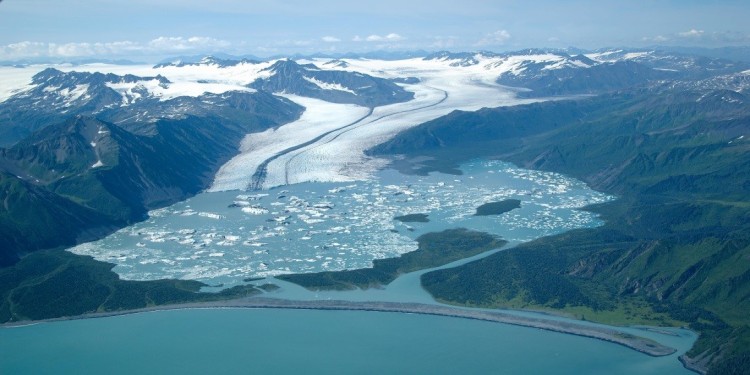 GLOF occurrence has become common in mountainous regions. The catastrophic outcomes due to these events largely depend on urban planning, the size of the glacial lake, the valley section and some more aspects. It is necessary to monitor GLOF as their impacts are important for future hazard mitigation.

In news: Using remote sensing data, researchers from Germany have mapped the evolution of Gya glacial lake flood that hit the village of Gya in Ladakh in 2014.
Placing it in syllabus: Indian geography

What is glacial lake outburst flood?

Some of the largest floods have caused large-scale landscape change and even altered regional climate by releasing huge quantities of freshwater to the oceans.

GLOFs pose a risk to downstream communities and infrastructure. They have killed hundreds to thousands of people in mountain regions like the Himalayas, and destroyed roads, bridges, and hydroelectric developments.

The general global trend of glacier shrinkage through the 20th and 21st centuries has seen the number and size of glacial lakes increase.

What are the different kinds of glacial landforms? 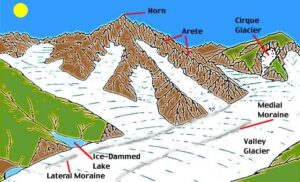 Glacial lakes were classified as 5 classes-