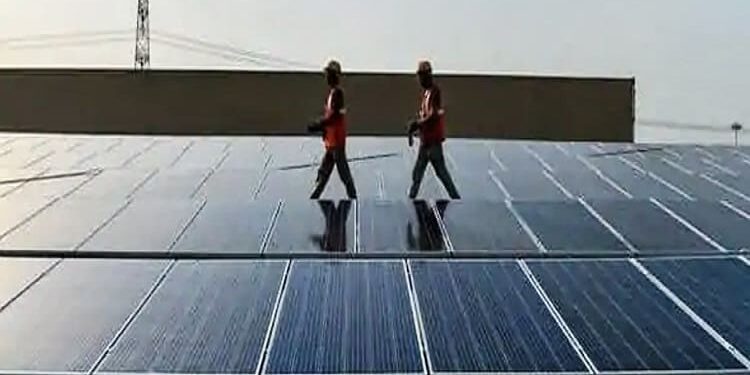 In what will add heft to the International Solar Alliance (ISA) and India’ credentials on the global stage, Germany may join the first treaty-based ISA headquartered in India. This assumes significance, given that Germany is a member of P5+1 grouping, comprising the five permanent members (P5)—China, France, Russia, the United Kingdom, and the United States, and one of the earliest green economy proponents.

Having a resource rich Germany onboard ISA will also add strategic and financial heft to the multilateral organisation co-founded by India, that is being leveraged by state run firms to land solar projects in member nations. Germany’s membership to ISA, will also help with India’ ambitious cross-border power grid plan—‘One Sun One World One Grid’— that seeks to transfer solar power generated in one region to feed the electricity demands of others, as China attempts to co-opt countries into its One Belt One Road initiative.

The ISA’ membership was earlier limited to 121 countries, which were partially or fully located within the tropics. This didn’t allow major solar energy economies such as Germany to join the organisation co-founded by India and France that has been increasingly seen as a foreign policy tool. The road ahead for Germany’s entry was cleared when the 30 ISA member countries ratified its framework agreement last month. Many countries were not happy about not being eligible to become ISA’ members. Even Germany which actually led the world in putting solar on the map wasn’t eligible. Germany is looking at generating two-third of its electricity needs from solar and wind by 2030.

India introduced an amendment in the first Assembly in 2018 and it took one year and eight months to be ratified by 30-member countries. Mooted by Prime Minister Narendra Modi, as many as 84 countries have signed the framework ISA agreement and 67 have ratified it. Getting a resource rich Germany onboard will also help add to the financial efforts of the ISA, with India planning to set up a World Solar Bank (WSB) to be set up to disburse around $50 billion to ISA member countries over the next ten years. According to the preliminary plans being discussed, the Bank may require a total equity capital of $10 billion and a paid-up capital of $2 billion for setting up solar projects.

The idea being explored by ISA may also involve co-financing solar projects with other multilateral development banks and initially supporting sovereign guarantee backed solar projects in member countries. Under the aegis of the ISA, India has also been trying to land solar power project contracts in its member countries. A case in point being Sri Lanka, where state-run NTPC Ltd plans to set up a solar power park. NTPC also plans to help Gambia and Malawi develop solar power parks and is eyeing project management consultancy contracts in Sudan, Mozambique, Egypt, Uganda, Rwanda and Niger.

India’s largest power generation utility recently got such contracts in Mali and Togo. This comes in the backdrop of ISA, hosting the First World Solar Technology Summit on 8 September, with Prime Minister Narendra Modi expected to attend it. Co-founder France has termed ISA as a ‘political project’ and it has become India’s calling card on climate change.

India has established itself as one of the five countries in the world in the generation of renewable energy. India is both aware as well as involved in finding solutions to pollution. Green energy projects now account for more than a fifth of India’s installed power generation capacity. India has 34.6 GW of solar power, with an aim to have 100 GW of solar capacity by 2022.