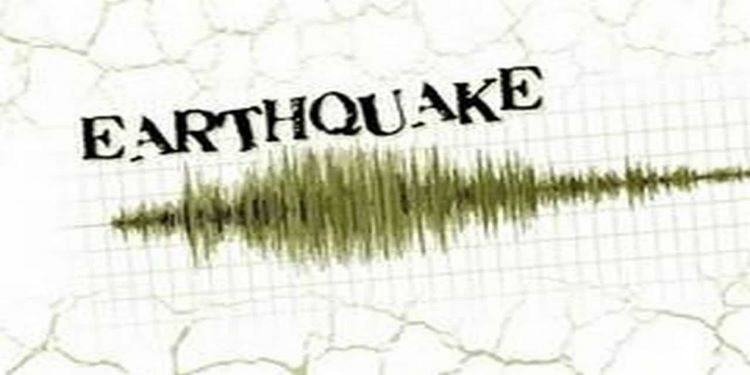 Key highlights of the recent findings

Scientists have found the first geological evidence of an earthquake at Himebasti Village on the border of Assam and Arunachal Pradesh, documented by historians as the Sadiya earthquake in history, which is recorded to have caused massive destruction in the region and almost destroyed the town in 1697 CE.

This work has been recently published in the journal ‘Scientific Report’.

Who conducted the study?

Scientists from Wadia Institute of Himalayan Geology (WIHG), a research institute under the Department of Science and Technology (DST), Govt. of India conducted it

Where did they conduct the study?

They carried out a mega trench excavation at Himebasti village, Arunachal Pradesh, India, where the most recent event records the imprints of the 1697 Sadiya earthquake and analysed it with modern geological techniques.

What did they find?

They also found large tree trunks embedded in the youngest flood deposits at the exit of the Subansiri River (Sadiya town is located roughly 145 km southeast of Subansiri river), suggesting the post-seismic aggradation of the river following an array of aftershocks till six months in an abortive fashion. 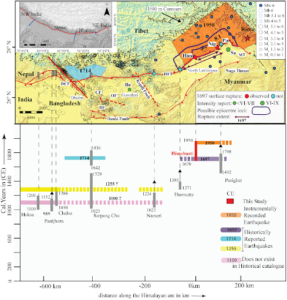 Significance of the finding: