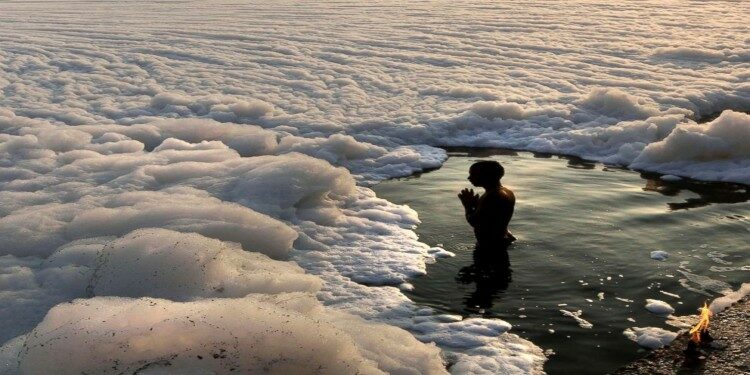 Recently, the river Yamuna witnessed toxic froth floating on its surface in Delhi

Why does frothing in rivers occur?

What causes a foam?

The foam is likely the result of a mixture of washing detergent residue and other waste, whipped into a froth

Why does such a problem occur repeatedly?

The majority of the detergents in the country don’t have a certification by International Organisation for Standardisation (ISO), which has capped the concentration of phosphates in the chemical substance

Other river pollutants and their impact