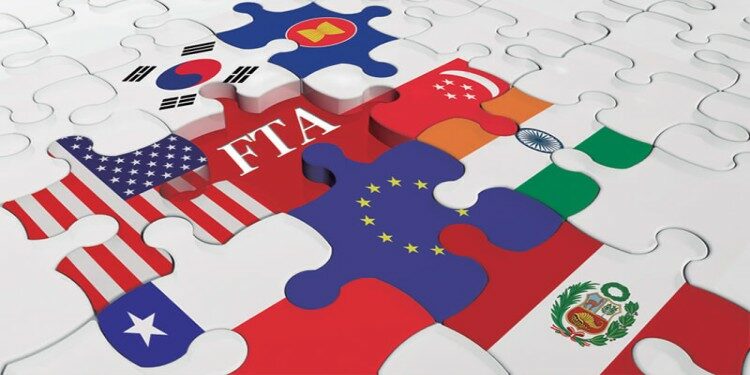 Make PDF
In news– Recently, the Union minister for Commerce & Industry has said that India is looking to have a free trade agreement (FTA) with 5 countries – UAE, UK, Australia, Canada and Israel.

What is a free trade agreement (FTA)? 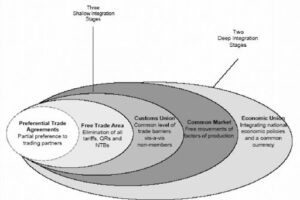 Regional trading agreements vary depending on the level of commitment and the arrangement among the member countries.

In a free trade agreement, all trade barriers among members are eliminated, which means that they can freely move goods and services among themselves. When it comes to dealing with non-members, the trade policies of each member still take effect.

A common market is a type of trading agreement wherein members remove internal trade barriers, adopt common policies when it comes to dealing with non-members, and allow members to move resources among themselves freely.

An economic union is a trading agreement wherein members eliminate trade barriers among themselves, adopt common external barriers, allow free import and export of resources, adopt a set of economic policies, and use one currency.

The full integration of member countries is the final level of trading agreements.