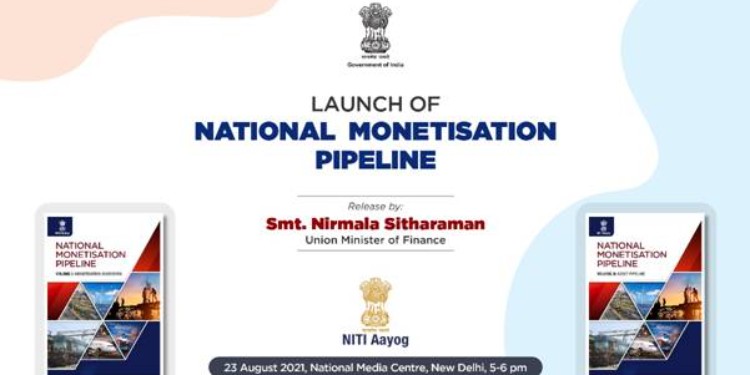 The government recently unveiled a four-year National Monetisation Pipeline (NMP) worth an estimated Rs 6 lakh crore. It aims to unlock value in brownfield projects by engaging the private sector, transferring to them revenue rights and not ownership in the projects, and using the funds generated for infrastructure creation across the country. So, aspirants can expect questions on it in the Mains exam. 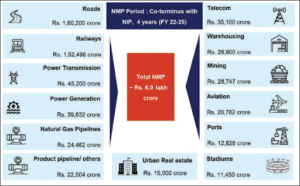 What is Monetisation and How is it different from divestment?

On the other hand:

Revival of the economy and create sustainable demand: 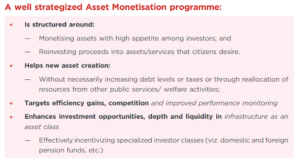 Among the key challenges that may affect the NMP roadmap are:

Mould your thought: How is Asset Monetisation different from disinvestment? Critically evaluate the provisions of the National Monetisation Pipeline.