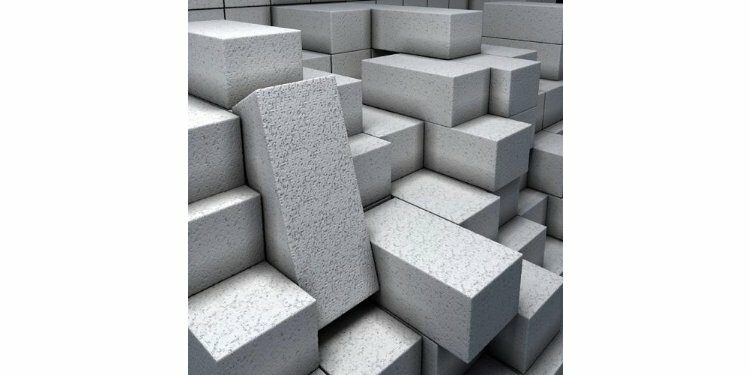 Fly ash bricks are manufactured from industrial waste fly ash which is a by-product of coal after it is burnt at thermal power plants, and is usually dumped at the site or ponds, resulting in depletion of top soil, groundwater deterioration and air pollution. 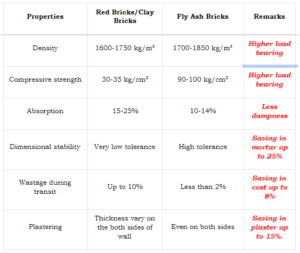 The appearance of fly ash bricks is very attractive due to its pleasing color like cement, uniform size, and smooth finish

The compressive strength of fly ash bricks is very high (refer table). Due to high strength no breakages/wastages during transport and handling. The lower thickness of joints and plaster reduces cracking in plaster.

It absorbs less heat. Hence it keeps your building cooler in summer, hence most suitable for Indian climates.

Fly ash bricks are highly durable and less permeable. The lower permeability can efficiently reduce the effect of efflorescence on bricks. These bricks are less porous, absorb less water and reduce dampness on the walls. It is also highly resistant to attack by mild acid, water, and sulfate

Fly ash bricks are environmentally friendly as they are made of waste materials that come from combustion of coal in thermal power plants. There is no pollution or environmental damage, considered as a white category product.

Fly ash bricks are lightweight, so it is suitable for multi-storey structures. Less weight means less stress on the building.

The other issues which impede its full-scale utilization in India:

In contrast, European fly ash is of a silicious or class F variety, implying an absence of hydraulic properties.

Other use of fly ash in construction

Researchers at the Indian Institute of Technology (IIT) Hyderabad have developed a cheap waterproofing material by coating fly ash, a waste by-product from coal-based thermal power plants, with stearic acid, which is a surfactant. While fly ash is extremely water-loving (hydrophilic), it turns into a highly water-repelling surface once coated with stearic acid.