Monsoon is normally associated with flash floods. But a team of Indian researchers found that a kind of rapidly developing drought also manifests during the prominent rainy season.

In news: A recent study predicts more Flash Droughts in India by the end of the century
Placing it in syllabus: Geography
Dimensions

What are Flash Droughts?

The prolonged period of abnormally low rainfall, leads to a shortage of water. 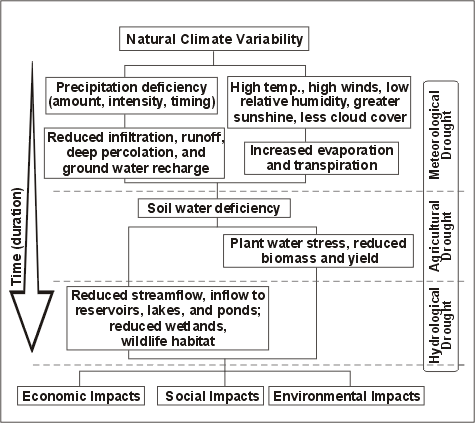 Effects of Flash Droughts on Agriculture:

Reasons for increase in Flash Droughts in India

Mould your thought: How are Flash droughts different from normal droughts? What can be done to reduce the effects of flash droughts in India?
Approach to the answer:

Make PDF
Source: The Hindu, Down To Earth
Tags: GS-1Mains