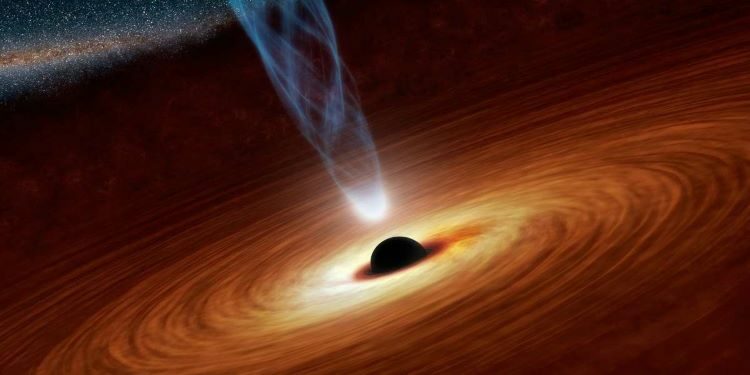 significance of the recent findings

The data collected from the flare observed will help calculation of the black hole mass, size of emission region, and mechanism of the emission from one of the oldest astronomical objects known, hence opening a door to the origin and evolution of the Universe

It is an international consortium of astronomers created in 1997, with the aim to study a particular category of Active Galactic Nuclei (AGN) called blazars, which are characterized by strong and fast brightness variability, on time scales down to hours or less.

A black hole is a place in space where gravity pull is so much that even light can not get out. The gravity is so strong because matter has been squeezed into a tiny space. This can happen when a star is dying. Because no light can get out, people can’t see black holes.

Black holes can be big or small. Scientists think the smallest black holes are as small as just one atom.

The largest black holes are called “supermassive.” These black holes have masses that are more than 1 million suns together. Scientists have found proof that every large galaxy contains a supermassive black hole at its center.

The supermassive black hole at the center of the Milky Way galaxy is called Sagittarius A. It has a mass equal to about 4 million suns and would fit inside a very large ball that could hold a few million Earths.