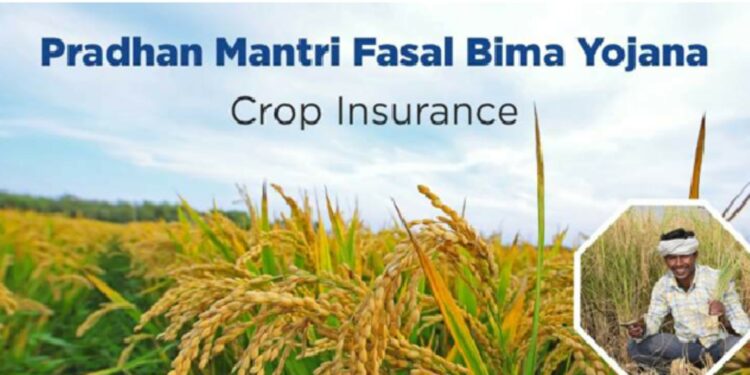 Pradhan Mantri Fasal Bima Yojana (PMFBY) was launched from Kharif 2016 with aim to support production in agriculture by providing an affordable crop insurance product to ensure comprehensive risk cover for crops of farmers against all non-preventable natural risks from pre-sowing to post-harvest stage.

In an endeavour to integrate Technology in implementation and execution of the Scheme, Government of India has designed and developed a National Crop Insurance Portal (NCIP) which has been in use since Kharif 2018

All farmers including sharecroppers and tenant farmers growing the notified crops in the notified areas are eligible for coverage. However, farmers should have insurable interest for the insured crops and lands. Such farmers are required to submit necessary documentary evidence of land records prevailing in the State (Records of Right (RoR), Land Possession Certificate (LPC) etc.) and/or applicable contract/ agreement details/ other documents notified/ permitted by concerned State Government in case of sharecroppers/tenant farmers and the same should be defined by the respective States in the notification itself. Such farmers are also required to essentially submit Aadhaar Number and declaration about the crop sown/ crops intended to be sown.

Coverage of Risks and Exclusions:

Basic Cover: The basic cover under the scheme covers the risk of loss of yield to standing crop (sowing to harvesting).This comprehensive risk insurance is provided to cover yield losses on an area based approach basis due to non-preventable risks like drought, dry spells, flood, inundation, wide spread pest and disease attack, landslides, natural fire due to lightening, storm, hailstorm, and cyclone. Add-On Coverage: Apart from the mandatory basic cover, the State Governments/UTs, in consultation with the State Level Coordination Committee on Crop Insurance (SLCCCI) may choose any or all of the following add-on covers based on the need of the specific crop/area in their State to cover the following stages of the crop and risks leading to crop loss.

Other risks covered are

General Exclusions: Losses arising out of war and nuclear risks, malicious damage and other preventable risks shall be excluded.

Loss/damage for localised calamities and post-harvest losses will be assessed at the level of the individual insured farm and hence lodging of loss intimation by the farmer/designated agencies is essential. For remaining risks, losses are due to widespread calamities, hence lodging of intimation for claims by insured farmers / designated agencies for such wide-spread calamities is not essential. Claims will be calculated based on the loss assessment report submitted by the District Level Joint Committee (DLJC) and/or average yield submitted by concerned State Government

Submission of UID (AADHAAR) by farmer:

Aadhaar has been made mandatory for availing Crop insurance from Kharif 2017 season onwards.

Therefore, all enrolment agencies are advised to mandatorily obtain Aadhaar Number of their farmers. 6.4.2 Farmers not having Aadhaar Identity (ID) may also enrol under PMFBY subject to their enrolment for Aadhaar and submission of proof of such enrolment as per notification No. 334.dated 8th February, 2017