In news : Recently, this alliance has started a campaign to protect this Fishing Cat

About the Fishing Cat

The tail of the fishing cat is unusually short, about half the length of the body, and is used as a rudder while swimming. 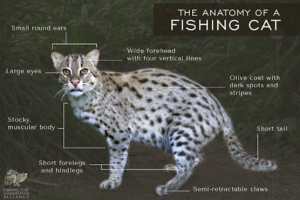