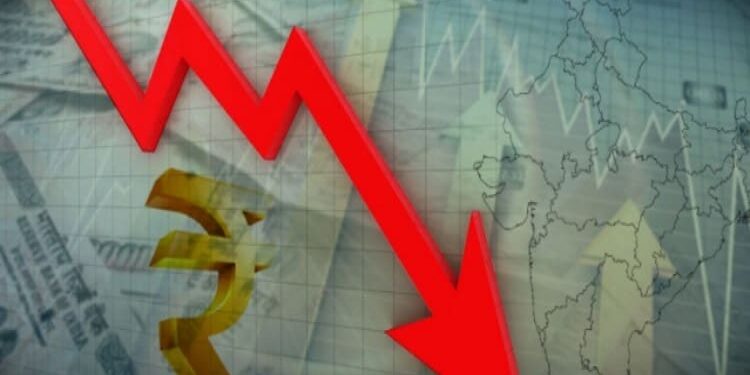 The Centre’s fiscal deficit for the first three months of fiscal 2020-­21 was ₹6.62 lakh crore, which is 83% of the budgeted target for the year, official data show. Further, the output of eight core sector industries shrank for the fourth straight month in June 2020.

Economists said given the government’s additional borrowing plans, both to meet stimulus spending and bridge the revenue shortfall as a result of the pandemic, the fiscal deficit may end up as high as 8% of GDP, far exceeding the budget’s goal of 3.5%. The Union government has received ₹1.53 lakh crore (in terms of tax, non tax revenue and loan recoveries) from April to June. This is less than 7% of budget estimates for the full year.  The Centre’s total expenditure for the quarter was ₹8.15 crore, almost 27% of budget estimates for the year, according to the report published by the Controller General of Accounts.

Economists said a more than two months-long lockdown since late March has hurt economic activity in Asia’s third largest economy, impacting tax collections and the government’s plans to raise revenue through privatisations of state-run companies. New Delhi has increased its market borrowing target to 12 trillion rupees for the current fiscal year, from earlier estimates of 7.8 trillion rupees, to fund the budgeted spending. The coronavirus pandemic struck India’s economy when it was already slowing. The world’s biggest lockdown stalled all business activities, barring essentials, and capped consumption, before the nation began to ease curbs from May-end. Still, that pushed the economy to what may be its first full-year contraction in more than four decades.

Of the eight core sectors, the fertilizer industry was the only one which saw actual growth in June, with output rising 4.2% in comparison to June 2019. This, however, is lower than the May 2020 growth of 7.5%, but reflects the positive outlook in the agriculture sector where a normal monsoon is leading to expectations of a bumper kharif crop. The remaining industries showed contraction, with the steel sector continuing to remain the worst performer, with a 33% drop in production in comparison to the previous year. Cement production fell almost 7%, albeit an improvement from the 22% contraction seen in May. The energy sectors also showed negative growth, with coal production falling 15.5% and crude oil and natural gas production dropping 6% and 12% respectively.