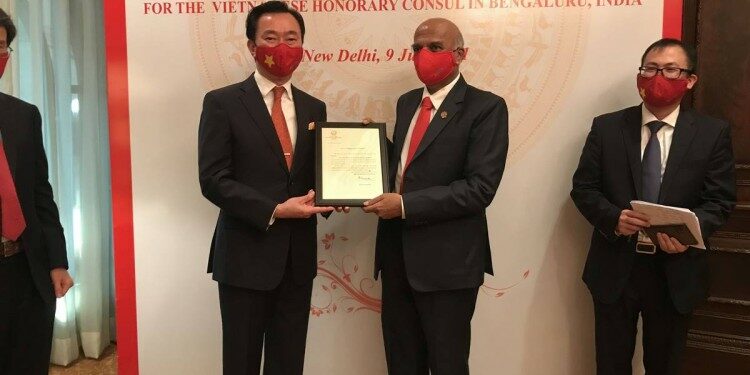 Srinivasa Murthy based in Bengaluru has been appointed as Honorary Consul General of Vietnam for Karnataka and first in India.

Task of the consul

The honorable consul is tasked with expanding the outreach of Vietnam’s embassy to the state of Karnataka and its capital city of Bengaluru, protecting the interest of Vietnamese nationals and companies, and promoting trade, economics, investment, tourism, educational, and cultural cooperation between Vietnam and the State of Karnataka.