In news- For the first time, the US government has declared a water shortage for the Colorado river basin.

Reasons for the shortage 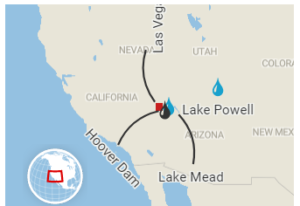