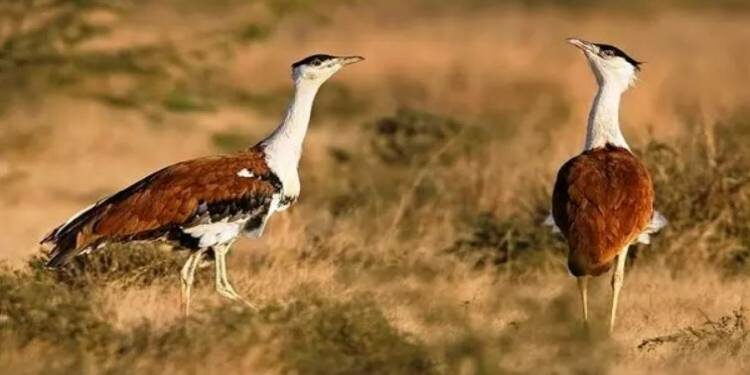 A report by the Ministry, submitted to the National Green Tribunal in 2019, pointed out that power lines, especially high-voltage transmission lines with multiple overhead wires, are the most important current threat for GIBs in the Thar region, and are causing unsustainably high mortality in about 15% of their population.

The government has recently released Rs 33 crore to a project, titled ‘Habitat Improvement and Conservation Breeding of Great Indian Bustard-An Integrated Approach’, for five years from the Compensatory Afforestation Fund Management and Planning Authority (CAMPA) for conservation and breeding of the GIB.