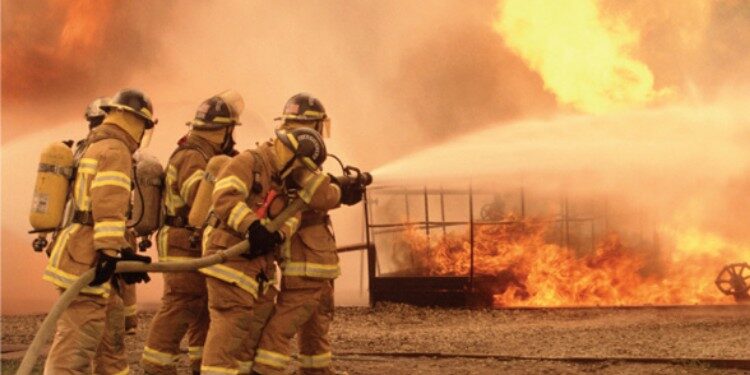 The risk of fire in urban areas has increased over the years and the rising cost of fire losses are increasing at a greater rate than the measures devised to control them. Human negligence also plays a key role in such accidents. The proper laws should be in place to tackle the issue. As the country is facing many hazards like biological, chemical, knowing about fire incidents and fire safety is important from UPSC mains point of view.

In news: Fire incidents are on a high in the country.
Placing it in syllabus: Geography

The National Building Code is published by the Bureau of Indian Standards (BIS).  It is the basic model code in India on matters relating to building construction and fire safety.  The first edition of NBC was published in 1970.

The NBC classify the buildings into the following 9 groups:

Fire prevention: This covers aspects of fire prevention pertaining to the design and construction of buildings. It also describes the various types of buildings materials and their fire rating.

Life Safety: This covers life safety provisions in the event of fire and similar emergencies, also addressing construction and occupancy features that are necessary to minimise danger to life from fire, smoke, fumes or panic.

Fire Protection: Covers significant accessories and their related components and guidelines for selecting the correct type of equipment and installations meant for fire protection depending upon the classifications and type of building.

The guidelines for fire drills and evacuations for high-rise buildings are also specified. It mandates the appointment of a qualified fire officer and trained staff for significant land uses.

Oil Industry Safety Directorate (OISD) under the Ministry of Petroleum and Natural Gas formulates and coordinates the implementation of a series of self-regulatory measures aimed at enhancing the safety in the oil & gas industry in India.

The fire safety norms as per NBC states that buildings above 15 metre in height would require a NoC from the fire safety department.

The Chief Fire Officer shall renew the fire clearance in respect of the following buildings on an annual basis:

The Problems in the current structure:

As FSA is found to be an effective tool to assess fire safety standards of an organisation or an occupancy, it should be made mandatory all over India at least once in a year by independent agencies.

FDSS is a dynamic web-based application aimed at supporting decision makers to take optimal decisions on complex tasks, such as resource prepositioning, gap analysis, prioritization, and resource optimization along with the day-to-day tasks. It enables the apex fire management authority to provide the entire country’s fire agencies information on a single platform.

The salient features of the FDSS platform include:

GIS maps for administrative boundary layers such as State, and district are based on published Census 2011 data. Currently, Census 2011 has published only district level demographic data. Classified land use and land cover data is the backbone in fire hazard and risk analysis.

Make PDF
Source: Down to earth, The Hindu
Tags: GS-1Mains