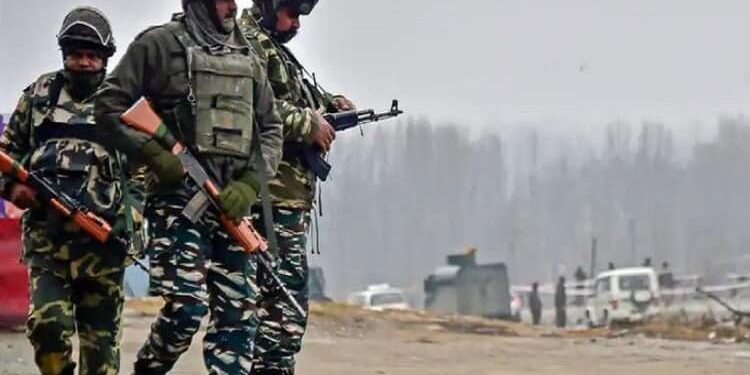 The U.S. Federal Bureau of Investigation (FBI) has helped Indian security agencies in establishing the role of the Pakistan ­based terror group Jaish ­e ­Mohammad in the Pulwama terror attack. The FBI tracked the Internet Protocol (IP) address of the device from which the video of the suicide bomber Adil Ahmad Dar, a local, was uploaded. The video was released on WhatsApp minutes after the terror attack to local media channels in the Valley.

The IP address was traced to a camp in Muzaffarabad in Pakistan. The video was released by one Mohammad Hussain, who introduced himself as a Jaish spokesperson. The phone number from which the WhatsApp message was sent was registered in the name of a fictitious woman in Jammu and Kashmir, the NIA said, adding that, in the video, Dar, sitting against the backdrop of a black and white flag, says that “by the time the video is released, he will be in heaven”.

A battered Samsung phone lying at a police station in South Kashmir was also a key to cracking the 2019 Pulwama terror attack case. It said that from the phone, an audio note that was sent by Jaish chief Masood Azhar to motivate the suicide bomber was recovered. Dar had on February 14 last year rammed a car laden with 200 kg of explosives into a CRPF bus killing 40 personnel at Pulwama on the Jammu ­Srinagar highway. In the voice note, the Jaish chief mentioned that because of the mujahideens (fighters), the U.S troops were withdrawing from Afghanistan and reminisced how the group defeated the Soviet Union in the past.

Earlier this year, Pakistan had claimed before the Financial Action Task Force (FATF) that the UN ­designated terrorist and his family were missing. The findings are part of a 13,500­ page chargesheet filed by the NIA. The identity of the key perpetrators was never in doubt after the JeM claimed responsibility immediately after the attack in February 2019. The chargesheet details the role of the JeM’s handlers and its local associates in Kashmir and how the attack was in the works since 2016. The JeM’s role was in reconnaissance, training and indoctrination, but the group could not have procured and transported the high intensity explosives without the involvement of the Pakistani security establishment.

For the Indian government, the chargesheet presents a case not just for detailing the role of Pakistan and its proxy actors in Kashmir, but to re-evaluate its strategy. The involvement of a local Kashmiri youth in the attack as a suicide bomber, years after militancy had waned in the Valley, was also a warning about the alienation setting into the Valley. The prevention of terror attacks will entail not only security and diplomatic measures to isolate and destroy terror outfits such as the JeM, but also addressing the roots of alienation that contribute recruits to the cause of terrorism.