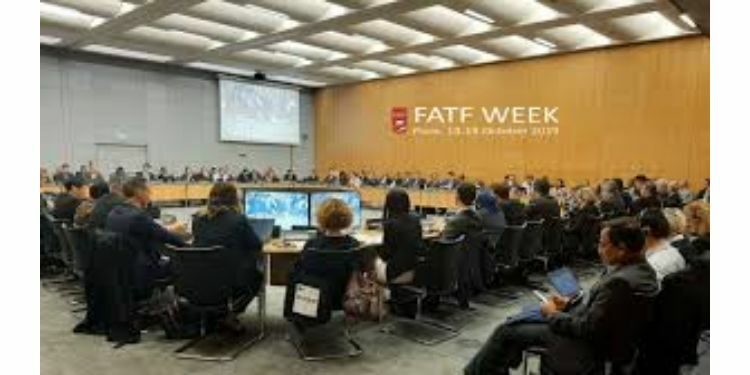 What did the External Affairs Minister say?

Pakistan’s recent actions, including the sudden arrests and quick convictions of most wanted figures Zaki Ur Rehman Lakhvi and Hafiz Saeed, and the warrant for JeM chief Masood Azhar, all in cases of terror financing, indicate that Islamabad is aware of the importance of these decisions for its economic future; for the moment, the government is appearing to fall in line with the FATF’s 27-point action plan

Pakistan was placed on the grey list by the FATF in June 2018 and was given a plan of action to complete it by October 2019. Since then, the country continues to be on that list due to its failure to comply with the FATF mandates.

What is the Financial Action Task Force (FATF) 27 action plan?

27 action plan are the obligations set by FATF to be met by Pakistan, failing to meet these obligations will lead to Pakistan remaining on grey list of the Global money laundering and terrorist financing watchdog

The FATF had given Pakistan a total of 27 action plan obligations for completely checking terror financing of which so far it has cleared 21 but has failed in some of the key tasks, hence FATF has decided to keep the country on its ‘grey list’ until February 2021

Where did Pakistan fail?

According to FATF needed to to work on four areas to “address its strategic deficiencies”. These include:

It will be difficult for Pakistan to get financial aid from the International Monetary Fund (IMF), World Bank, Asian Development Bank (ADB) and the European Union