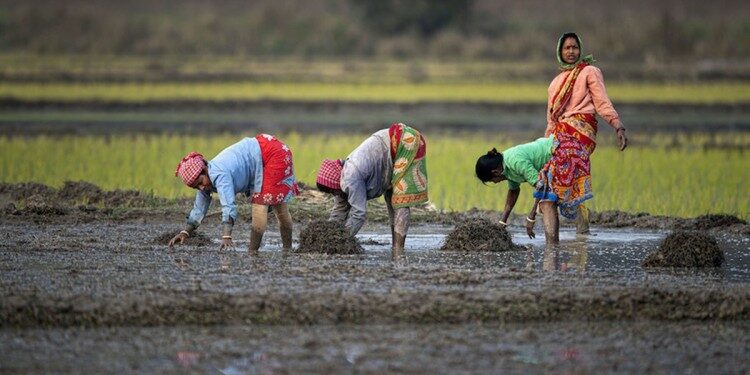 The agricultural labour force is also seeing ‘feminisation‘, as more and more men migrate to urban areas in search of work, women left at home tend to agricultural landholdings. Almost 84% of women in rural India depend on agriculture for their livelihood. The Mahila Kisan Adhikaar Manch (MAKAAM) and other women organisations have opposed the unilateral and undemocratic passage of Farm Laws and argue that they highlight the vulnerabilities of women in agriculture in India, who are largely invisible.

In news: Women’s Groups Express Concern Over Impact of New Farm Laws on Women
Placing it in syllabus: Agriculture
Dimensions

Status of Women and Farming in India

Positive Impacts of the Laws

The Indian Government expects the farm laws to benefit the farmers in the following ways:

The law on reforms of agri market – Farmer’s Produce Trade and Commerce(Promotion and Facilitation) Act, 2020- would:

The Farmer (Empowerment and Protection) Agreement of Price Assurance and Farm Services Bill, 2020 – is expected to:

The Essential Commodities (Amendment) Bill, 2020 would:

Negative Impacts of the Laws:

Avenue for Exploitation by Private Traders:

Impact on food and nutritional Security:

Suggestions to make the bills beneficial for women:

In brief, reforms in agriculture need large scale investments in protecting farmers and not just agri-businesses.

Small and marginal farmers among whom are a significant number of women form the backbone of this sector. They need to be protected through robust investments towards enhancing their capacities and knowledge.

Few of the suggestions to address the women’s concern include:

Mould your thought: How do the recent Farm Laws impact women farmers? What can be done to improve the condition of women in agriculture?Approach to the answer: