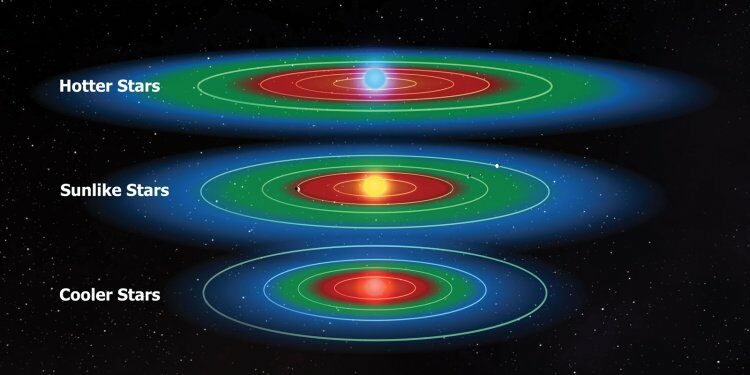 These are the planets which are not part of our solar system. That means, these planets orbit around other stars.

Goldilocks zone is such a zone other than earth where life can exist. It is also called as habitable zone.

Astronomers who look for earth like planets look for such planets where water remains liquid at right temperature.

To be habitable, planets should not be so old that they have exhausted their geothermal heat and lack protective geomagnetic fields.

A planet that is 10% larger than the Earth should have more habitable land, the researchers said.

One that is about 1.5 times Earth’s mass would be expected to retain its interior heating through radioactive decay longer and would also have a stronger gravity to retain an atmosphere over a longer time period, they said.