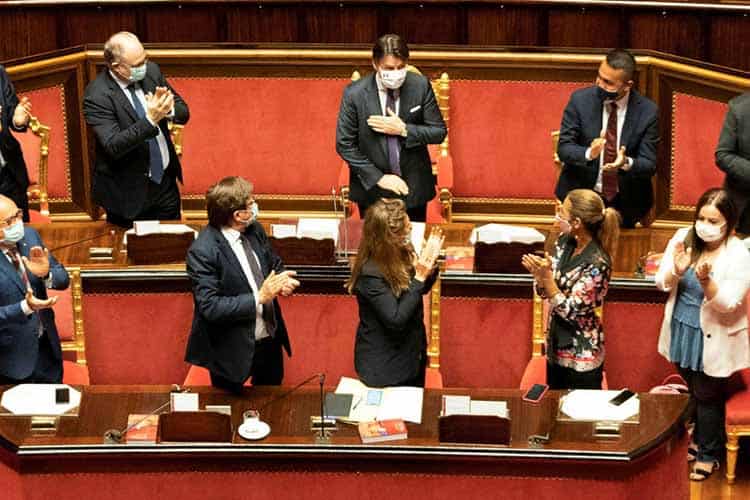 The European Union has agreed a landmark 750 billion euro ($860 billion) stimulus package to rescue its economies hard-hit by the coronavirus pandemic in a bid to lift the bloc out of its deepest recession since World War II.

The deal will allow the European Commission to raise the funds on capital markets on behalf of the member states to distribute nearly 400 million euros in grants to the hardest-hit nations, and the rest of the funds in low-interest loans to remaining member states.

The agreement comes after days of fraught negotiations in Brussels between member states considered “frugal,” including the Netherlands, Denmark, Austria and Finland, all of which opposed extending grants to the hardest-hit nations such as Italy and Spain. But the group of frugal nations eventually came around to a figure of 390 billion euros in grants, instead of 500 billion, and were offered larger rebates from the next EU budget in return. The deal will next have to pass through the European Parliament and be ratified by all 27 member states.

The coronavirus pandemic has pushed the EU into its biggest recession since World War II, at one time the center of the pandemic with countries like Italy, Spain and France some of the hardest-hit within the bloc. The U.K., with more than 45,000 deaths, is the worst-hit country in Europe, but is not involved in the deal following its departure from the EU in January.

While the stimulus agreement sent a strong signal of solidarity, it also exposed deep new fault lines in a bloc reshaped by Britain’s exit. The deal was notable for its firsts: European countries will raise large sums by selling bonds collectively, rather than individually; and much of that money will be handed out to member nations hit hardest by the pandemic as grants that do not have to be repaid, and not as loans that would swell their national debts.