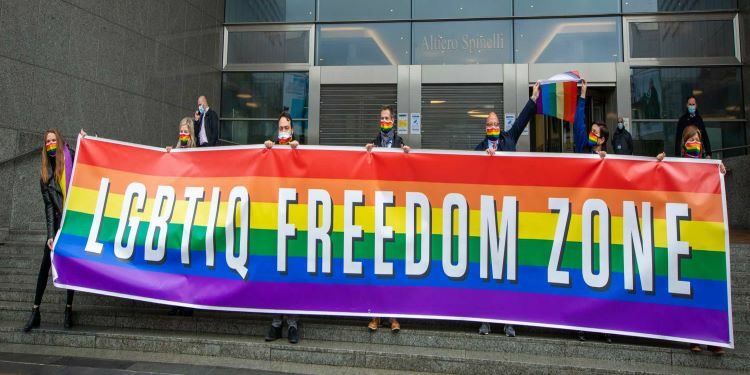 In news : Recently, the European Parliament has declared the entire 27-member bloc as an “LGBTIQ Freedom Zone”

The EU Parliament resolution to declare the bloc as an ‘‘LGBTIQ Freedom Zone’’ was passed by 492 votes in favour, 141 against and 46 abstentions.The EU Parliament’s move comes as a response against member state Poland’s controversial move to create more than 100 “LGBTIQ ideology-free zones” around the country since 2019, and more generally against the backsliding of LGBTIQ rights in some EU countries, particularly in Poland and Hungary

What does the resolution say?

The resolution declares that “LGBTIQ persons everywhere in the EU should enjoy the freedom to live and publicly show their sexual orientation and gender identity without fear of intolerance, discrimination or persecution”.

It adds that “authorities at all levels of governance across the EU should protect and promote equality and the fundamental rights of all, including LGBTIQ persons”.

Status of other countries: A majority of countries in the EU (23/27) recognise same-sex unions, with 16 legally recognising same-sex marriage.

Rights of LGBTQ in Poland

Rights of LGBTQ in Hungary

The acronym refers to  lesbian, gay, bisexual, and transgender. In use since the 1990s, the term is an adaptation of the initialism LGB, which began to replace the term gay in reference to the broader LGBT community.