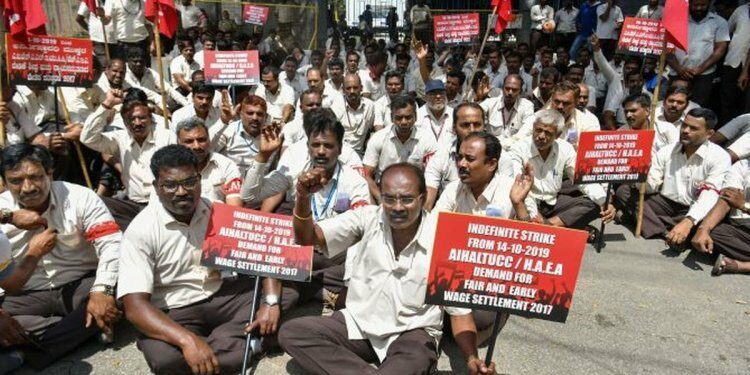 The President of India promulgated the Essential Defence Services Ordinance which empowers the Government to prohibit strikes in essential defence services. The move has attracted criticisms from various quarters  and is being seen as a “draconian” response to the defence federations’ call for an indefinite strike against the dissolution of the Ordnance Factory Board (OFB).

What are Essential Defence Services?

As per the Essential Defence Services Ordinance 2021  (EDSO), Essential defence services include any service in:

These also include services that, if ceased, would affect the safety of the establishment engaged in such services or its employees.

In addition, the government may declare any service as an essential defence service if its cessation would affect the:

Under the Ordinance, strike is defined as cessation of work by a body of persons acting together.  It includes:

Provisions of the Ordinance:

Key provisions of the Ordinance include:

Prohibition on strikes, lock-outs, and lay-offs:

Punishment for illegal lock-outs and lay-offs:

The Ordinance amends the Industrial Disputes Act, 1947 to include essential defence services under public utility services.

Under the Act, in case of public utility services, a six-week notice must be given before:

Reasons for the Ordinance:

The opposition and trade union bodies such as the All India Trade Union Congress (AITUC) have strongly condemned the provisions of the ordinance.