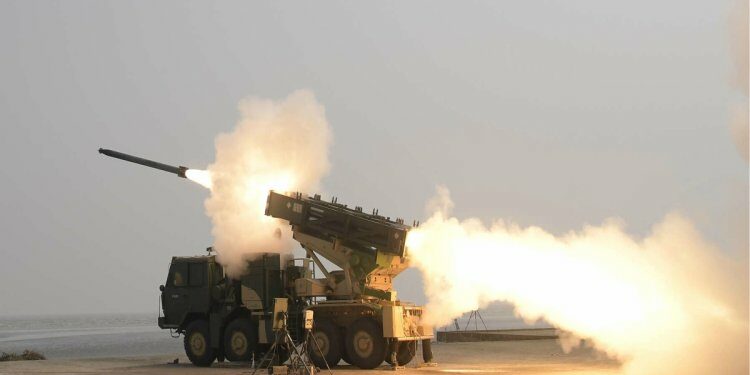 Pinaka is a multiple rocket launcher produced in India and developed by the Defence Research and Development Organisation (DRDO) for the Indian Army.

The system is mounted on a Tatra truck for mobility.

Pinaka saw service during the Kargil War of 1999

Enhanced version of the Pinaka rocket would replace the existing Pinaka Mk-I rockets which are currently under production.