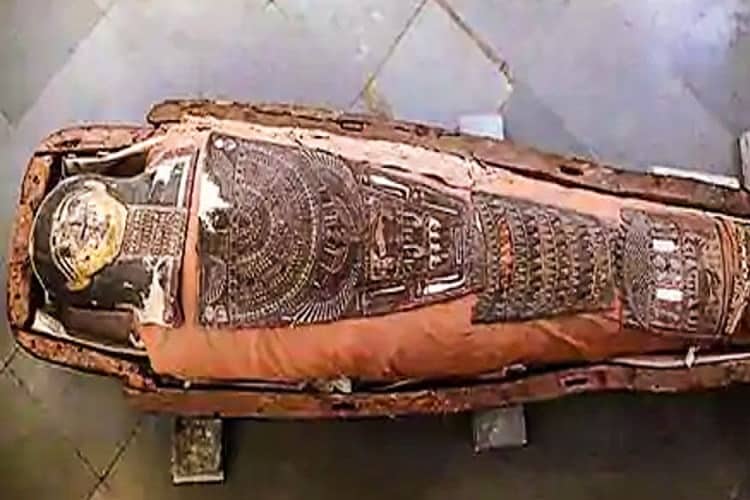 A 2,300-year-old Egyptian mummy in Jaipur’s Albert Hall Museum was taken out of its box for the first time in over 130 years to save it from drowning after heavy rains lashed the city. Several antiques, files, maps and old documents were damaged in the rains that took place. Around four-feet of water had gathered inside the museum and in the head office of the state’s archaeological department.

The mummy was first brought to India in 1883 for an exhibition in Jaipur as a gift by Brugsch Bey, then curator at the Museum of Cairo, to Sawai Ishwar Singh, the ruler of Jaipur at the time. The Egyptian mummy named Tutu was from a family of priests who were devotees of Kehm in Egypt’s Penopolis. Tutu was a teenaged girl belonging to the Ptolemaic dynasty, the last dynasty of ancient Egypt that lasted from early 300 BC to 30 BC. It is one of only six mummies in India. The others are in Kolkata, Lucknow, Mumbai and Hyderabad. It was excavated from a pyramid in the Akhmim area of the ancient city of Panopolis.

The mummy has been one of the main attractions of the museum, which functions in the historic building constructed in the Indo­Saracenic style. The museum is named after King Edward VII during whose visit to the city as the heir apparent to the British throne its foundation stone was laid in 1876.