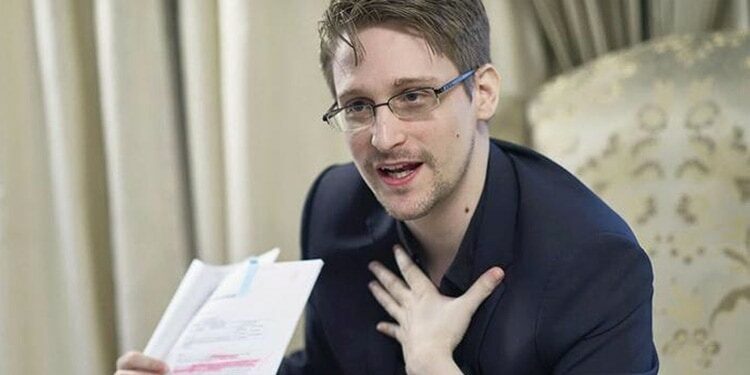 The US President has said that he would consider pardoning Edward J. Snowden, the former National Security Agency contractor who faced criminal charges after leaking classified documents about vast government surveillance. The remarks signal a shift for the president, who repeatedly denigrated Mr. Snowden as a traitor and a spy who should be executed in the years before his election.

Edward Snowden is a 31 year old US citizen, former Intelligence Community officer and whistleblower. The documents he revealed provided a vital public window into the NSA and its international intelligence partners’ secret mass surveillance programs and capabilities. These revelations generated unprecedented attention around the world on privacy intrusions and digital security, leading to a global debate on the issue.

Snowden worked in various roles within the US Intelligence Community, including serving undercover for the CIA overseas. He most recently worked as an infrastructure analyst at the NSA, through a Booz Allen Hamilton contract, when he left his home and family in Hawaii to blow the whistle in May 2013. After travelling to Hong Kong, Snowden revealed documents to the American public on the NSA’s mass surveillance programs, which were shown to be operating without any public oversight and outside the limits of the US Constitution. The US government has charged Snowden with theft of government property, and two further charges under the 1917 Espionage Act. Each charge carries a maximum 10-year prison sentence.

With the US pursuing his extradition, Snowden is now in Russia, where he was formally granted three years’ residency from 1 August 2014, after a year of temporary asylum in Russia ended on 31st July 2014. Journalists continue to publish documents from Snowden that reveal the secret and unaccountable systems of modern global surveillance. Critics have accused Mr. Snowden of treason for revealing classified information while privacy and civil liberties advocates have praised him for exposing the scope of the government’s surveillance programs, which included sweeping up phone records of Americans citizens and eavesdropping on foreign leaders.