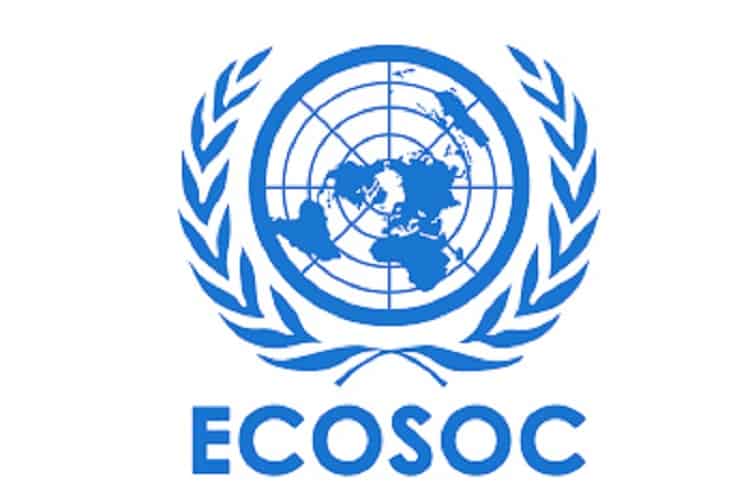 The High-Level Segment is held annually by ECOSOC and convenes a diverse group of high-level representatives from the Government, the private sector, civil society and academia. The theme of the High-level Segment is “Multilateralism after COVID19: What kind of UN do we need at the 75th anniversary”. The event assumes special significance as this will be the first opportunity wherein the Prime Minister will be addressing the broader UN membership since India’s overwhelming election as a non-permanent member of the Security Council.

The first meeting of the ECOSOC was convened on 23 January 1946, in London, United Kingdom. India was the first President of ECOSOC in 1946. ECOSOC  is at the heart of the United Nations system to advance the three dimensions of sustainable development – economic, social and environmental. It is the central platform for fostering debate and innovative thinking, forging consensus on ways forward, and coordinating efforts to achieve internationally agreed goals. It is also responsible for the follow-up to major UN conferences and summits. The UN Charter established ECOSOC in 1945 as one of the six main organs of the United Nations.

Building on its coordination role within the UN system, ECOSOC is a gateway for UN partnership and participation by the rest of the world. It offers a unique global meeting point for productive dialogues among policymakers, parliamentarians, academics, foundations, businesses, youth and 3,200+ registered non-governmental organizations.