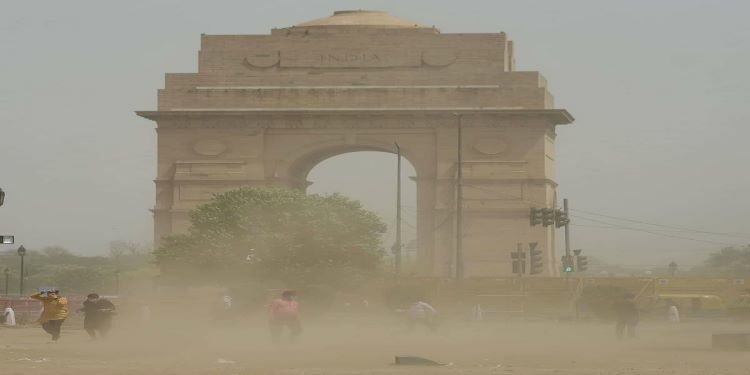 In news : Recently, the Dust-laden winds swept Delhi and pushed the air quality into the poor category and increasing the concentration of coarse particles in the air.