Dugongs, the world's only vegetarian marine mammal are threatened with extinction. 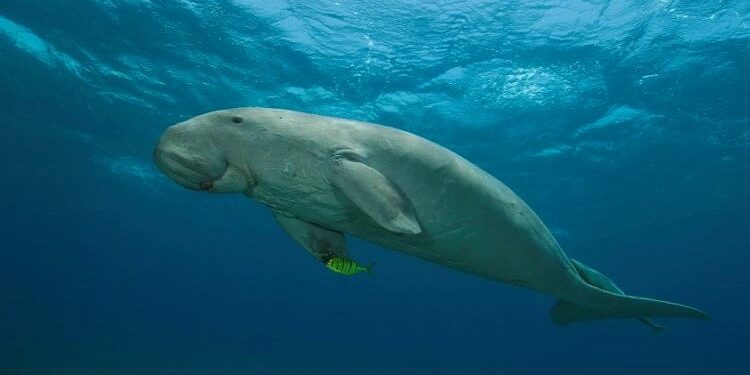 Dugongs and their habitats are at risk due to human activities. It has also found a place in IUCN red list. Hence it is necessary to study about the animal, threats to it and conservation efforts both from prelims and mains point of view.

In news Dugongs, the world’s only vegetarian marine mammal are threatened with extinction.
Placing it in syllabus Environment – Fauna

Habitats in India and world:

Mould your thought Where are Dugongs inhabited? What conservation efforts have been made to reduce the threat to Dugongs?