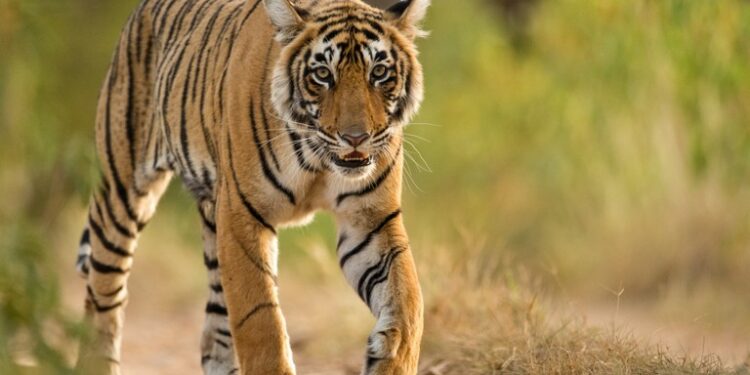 Wild Bengal tiger walking, head on, in a forest track in the lush green forests of Ranthambhore national park in India.

DO and DON’T inside National Parks: